Is That Exhibit 'A' In Your Pocket?

Or are you just glad to see me?

from Second City Cop.
Posted by Turk Turon at 6:33 AM 1 comment: 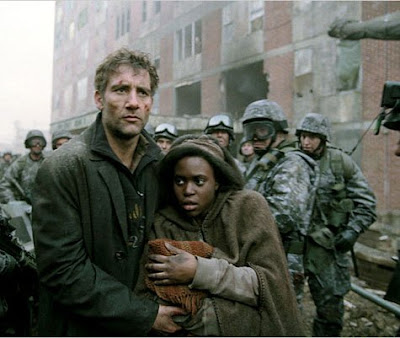 I've only seen #6, #8 and #9, but Children Of Men is one of the most amazing films I have ever seen. Here's what Techland's reviewer said:

When Alfonso Cuarón says apocalyptic thriller, I bet he puts the emphasis on apocalyptic.

I can't conceive of a more hopeless future than what we see in Children of Men: Infertility has ravaged humanity, bringing out the worst in us all. The youngest of society are treated as royalty, while poverty and lawlessness run rampant among the rest of society. Clamping down on the unrest, the government has allowed fear to mature into xenophobia, establishing an elite ruling class and rounding up all others through martial law. This has led to all-out war between immigrants and government forces, a battle that ensnares Theo (Clive Owen) who is protecting a pregnant woman - the first in decades - so she can reach a safe zone and preserve the human race.

All these subplots are captivating, but it's the way Cuarón structures his story that is perhaps most memorable. Using long, unbroken takes that are immersive and hypnotic, Cuarón leaves the exposition to the background details, lining scenes with context clues as to how this world is falling apart and why. As this sci-fi fantasy plays out in hyperrealistic fashion – the shootout in the refugee camp has to be one of the most visceral gunfights ever filmed – Cuarón creates a rolling hellscape that seems to have no end.

Strip clubs, hurting for business, waive cover charges and discount drinks to appeal to a downscale clientele. At the same time, club owners say that because of widespread layoffs in nearly every other industry, it's never been easier to find beautiful women eager to work as exotic dancers.
Quote from somebody affected: "It's not quite the elite crowd that used to come in."

I trudged from home to work Saturday morning as the flakes swirled. At 7:00 AM there was 6-8" on the ground. The Metro was still running. 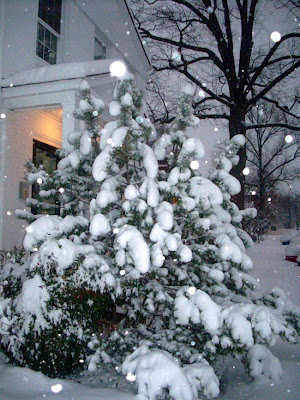 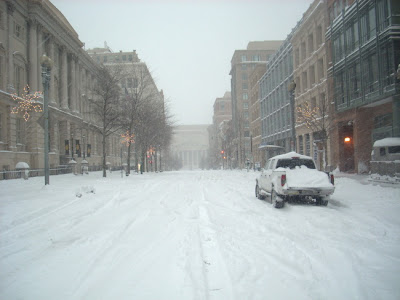 Saturday afternoon.
Knowing that we would not be able to drive to work Sunday morning, the company put us up in a hotel two blocks away, so we could walk to work. 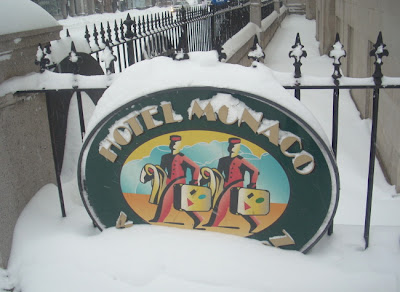 And so, at 3:15 the next morning, we walked to work. It was still snowing. 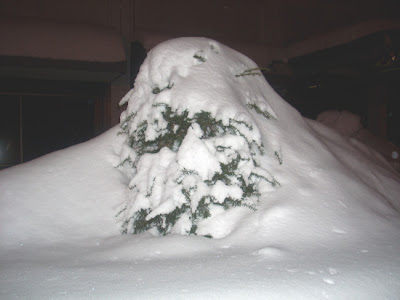 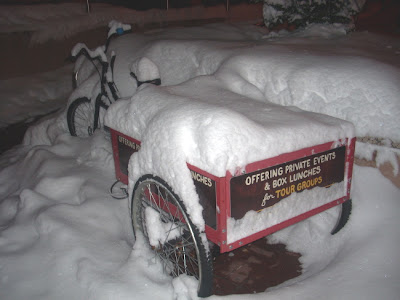 No bike tours today!
Check out the headline: 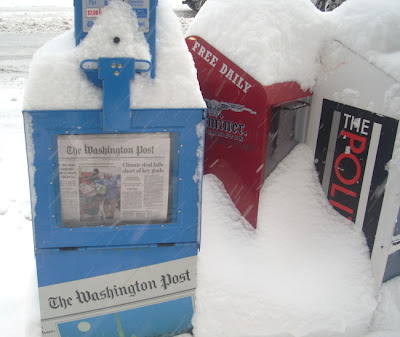 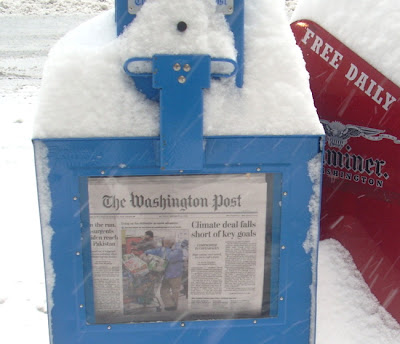 But I did find this interesting plaque near 7th and F Streets: 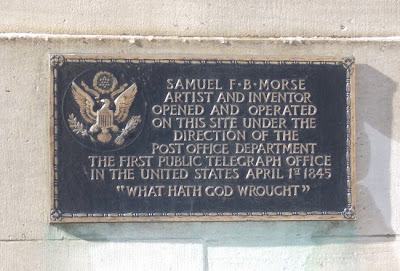 Meanwhile, up on U Street, I was missing all the fun:

UPDATE on the snowball fight: WaPo covers it.

During Washington's record-breaking snowstorm on Saturday, a massive snowball fight was taking place at the corner of 14th and U streets that had grown men and women laughing and hurling fresh-fallen snow at one another in the middle of the street. Good-natured, wintertime fun, according to participants.

Then a D.C. police officer happened by, and the event -- filmed by amateurs and a local television station -- suddenly became more serious.

Videos and photos show a D.C. police detective unholstering his gun (and admitting to it) during a confrontation with a group of snowball fighters. The video is making the rounds on the Internet and national TV stations. The detective, who authorities have not identified, on one such video says: "Yes I did," apparently referring to the fact that he drew his gun, "because I got hit with snowballs."

Once, just once, I'd like to see a prosecutor step in front of the press and say:

Pity We Can't Burn Them At The Stake...

...'cause that would just produce more greenhouse gas.

How much carbon are you carrying around?
Posted by Turk Turon at 9:23 AM 4 comments:

OK, this is weird and a little strained, but bear with me.
The diarist and author Anaïs Nin was married to a French banker, Hugh Guiler. She also had several lovers, including (but not limited to - not by any means!) Henry Miller, Edmund Wilson, James Agee, Gore Vidal and Antonin Artaud. Who he? The name was vaguely familiar. Artaud was an avant-garde French actor who played the treacherous priest in The Passion Of Joan Of Arc, one of my favorite flicks, that I blogged about here. 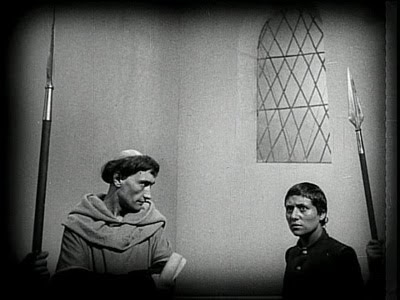 Antonin Artaud and Maria Falconetti in The Passion Of Joan Of Arc. 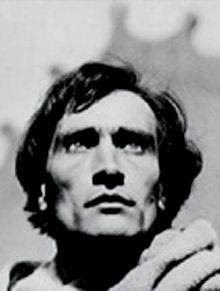 Looks a bit like Ah-nold, Der Governator.
Anaïs Nin was also a bigamist, having married her second husband without divorcing her first. Her second hubby, Rupert Pole by name, was a California forest ranger (!) and sometime actor. She commuted between husband No. 1, who lived in New York City, and husband No. 2 in California. She told Guiler that she needed to take a "rest cure", and she would head west for six months and live with Pole; then she told him that she had a writing assignment in New York and would spend six months there with Guiler. Neither man seems to have been aware of the other until after Nin's death in 1977.

Rupert Pole died in 2006. His main claim to fame is that he arranged to have Nin's unexpurgated diaries published. Pole's obituary in the New York Times contains this howler:

... Mr. Pole is survived by his companion, Kazuko Sugisaki, a translator of many of Nin’s works into Japanese. His fellow husband, Mr. Guiler, with whom Mr. Pole became cordial after Nin’s death, died in 1985.

"Fellow husband?!" I like that! I bet the obituary writer had to consult the society columnist about how to refer to the decedent's bigamous wife's other husband. Simple! "Fellow husband!" (I would have chosen "co-polyandrist", meself.) Although I think it is interesting that the men "became cordial" after her death. Love is strange, isn't it? Strangest of all is that Nin had an intense sexual relationship with her father when she was 30 and he was 54.

The movie Henry And June covers this time period in Paris. Anaïs Nin was played by the actress Maria de Madeiros. 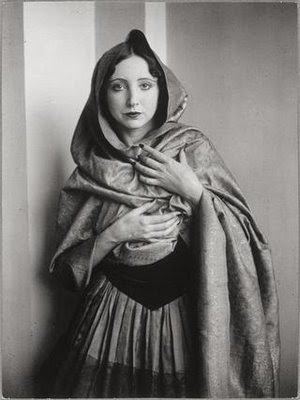 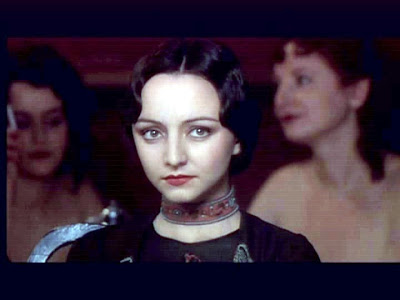 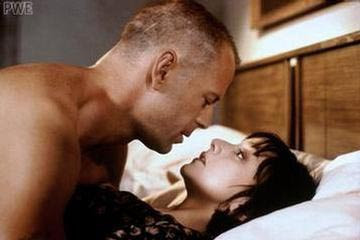 Well, Maybe That Explains It ...

From the biography of Anaïs Nin:

Juana, Anaïs Nin's godmother, never married; she was "engaged to a gymnast who died in midair and supposedly, she never recovered." 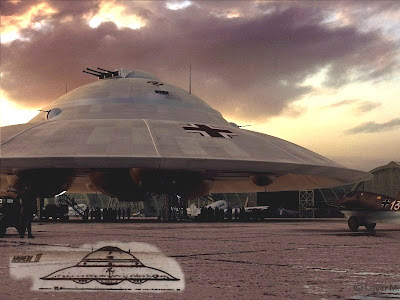 The "Russian Heavy Bomber" that I blogged about yesterday is from the imagination of Russian artist Mikhail Levin. I guess the Nazi flying saucer kinda gives it away, huh? 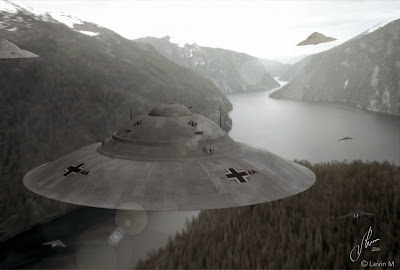 Leaving their secret base hidden deep in the Norwegian fjords.

Here is more of his work. Hi-rez versions are available on his website.

How about a nice Steampunk lighter-than-air ship? 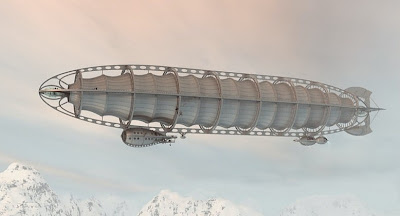 I know there are some airship privateers out there who will enjoy this. 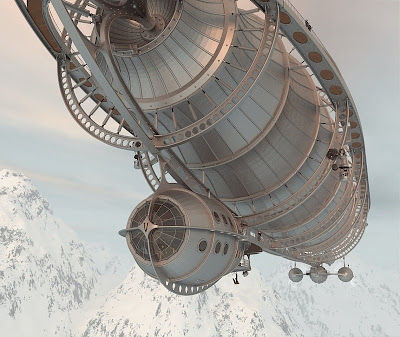 This must be the first class cabin: 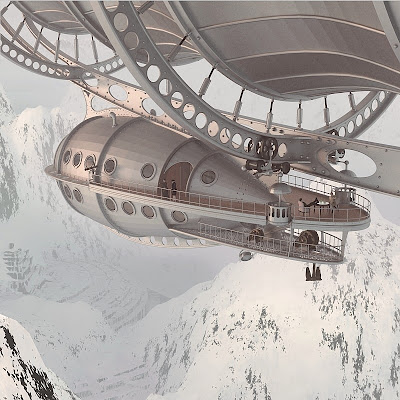 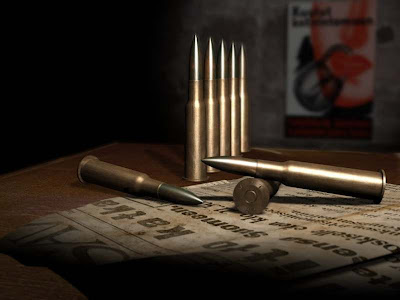 The man has a deft touch with a Wacom tablet. 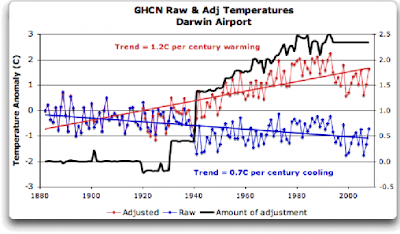 Over at The Volokh Conspiracy, Jim Lindgren has a post about ClimateGate.

Jim links to a blogger who wonders exactly what kind of adjustments were made to the raw data in order to "homogenize" it. So he made a nice series of graphs showing the raw data and the adjusted data and calculated the adjustment factor from the former to the latter.

The graph of the adjustments shows some unusual changes in 1920, 1930, and especially 1940. The average "slope" of the adjustments from 1940 to about 1995 is actually greater than the slope of the warming trend, almost as if the scientists added a larger and larger adjustment to each year's data - preferring consistency over accuracy.

I'm an agnostic about global warming. But one thing I learned in college was the difference between temperature and heat. Trying to measure warming of an entire planet is a huge challenge. Close to Chaos Theory. 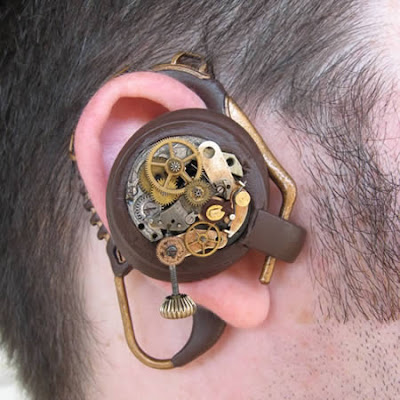 Actually, they claim that this is a Steampunk headset. Part of the 12 Coolest Steampunk Gadgets.

Aviation enthusiasts in Russia have spent the last ten years reconstructing a working prototype of the 1930's vintage K-7 Heavy Bomber. The K-7 was powered by twenty Ilyushin-B 16-litre quad-turbo V-20 engines, each rated at 2,100 bhp. Rocket boosters were required for take-off with a full load of fuel and weapons. Or, stripped of armament, the K-7's fuel capacity allowed it to say aloft for three days, giving it a round-trip range of 9,000 nautical miles in a reconaissance role.

Shown here fully armed with a dozen 12" guns and eight 5" guns, the K-7 would have been a formidable weapon in an infantry-support role against armored targets. 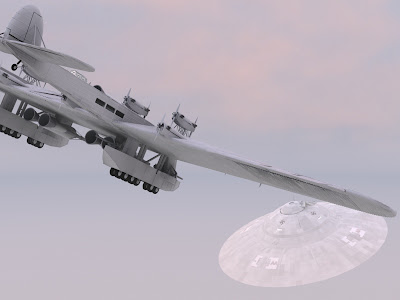 Or, as shown here, in an air superiority mode, shooting down Nazi flying saucers.

Yeah, it's just a Photoshop fantasy, but what a nice one!
Posted by Turk Turon at 9:09 AM 3 comments: 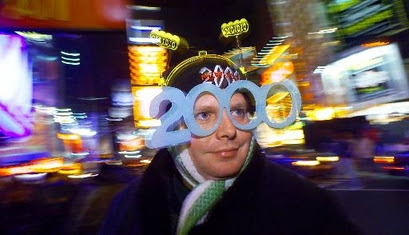 Or, how to refer to the decade about to close.

We've already had the Swinging Sixties, The Me Decade (1970's), The Big Eighties, and so forth. But what do we call the current decade? The Zeros? The Nulls? The Big Nothing? The Big Gooseggs? Double-Zed?

Front-runner seems to be "The Big Aughties". Yuk. I had elderly elementary school teachers who used the term "aught" for zeros. Now I might end up the same way. Pain. 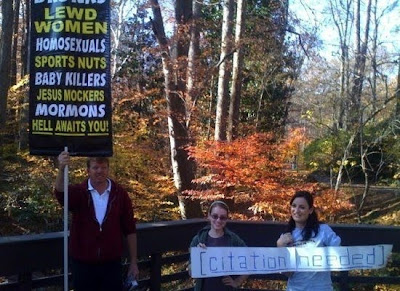 That's What It's All About