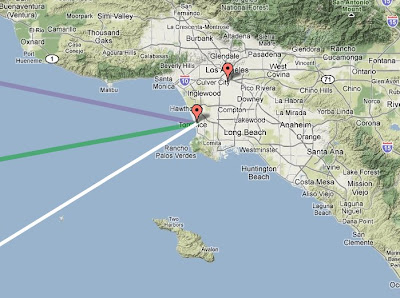 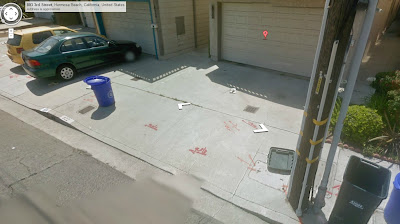 And make their way to this ratty-looking telephone pole. Notice the red spray-paint on the pavement: "Before you dig, call Miss Utility."

These Are Not The Droids...

From Neatorama.
Posted by Turk Turon at 6:30 PM 5 comments:

From Boing-boing.
Posted by Turk Turon at 6:28 PM 1 comment:

With Your Shield, Or On It

Hey, toss me a grenade, would you?
Outstanding photo essay of Task Force Spartan in Afghanistan.

A Medevac copter. But is that a blimp in the background?
Posted by Turk Turon at 12:30 PM 2 comments:

From Five Ridiculous Gun Myths That Everyone Believes.
Posted by Turk Turon at 3:04 PM 1 comment:

The coolest black velvet paintings you will ever see.

Posted by Turk Turon at 2:57 PM No comments:

The Terror Of La Porte, Indiana

Fascinating account of a female serial killer who was responsible for at least 25 murders and possibly twice that many. And who may have escaped justice. 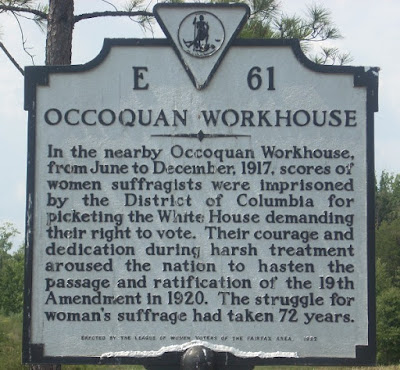 On a bicycle trip to the former site of the Lorton Prison, I spotted this historical marker.

Youssouf Drame displayed scars from a gun battle in which he was shot seven times and killed two men trying to rob his Brooklyn store.
I started at the New York Daily News report of the "Bloody Weekend" in NYC. Mayor Bloomberg, true to form, calls for tougher gun control laws.

That led me to a 2008 NYDN editorial called "Wake Up, Mike", which chided hizzonor for, among other things, "abandoning Youssouf Brame."

Google reports that his real name is Youssouf Drame. So much for the "first, rough draft of history." But I wondered what happened to Mr. Drame, and why he was "abandoned."

Fortunately for us, the Gray Lady is on the case. The 2009 article, "Scars Linger..." recounts the experiences of several people who fought back against armed robbers. Most had some regrets and emotional baggage, some of it severe.

But for Youssouf Drame, who shot and killed two of the four men who tried to rob his Crown Heights electronics store last November, the pain is mostly physical: In the gunfight that broke out after he grabbed one of the robbers’ weapons, Mr. Drame was shot seven times. His left hand is permanently damaged, and scars remain where his body was pockmarked with bullet holes. But if he had it to do again, Mr. Drame said, “I’d do worse.”

His is the other face of the shopkeeper’s rage, the one that draws cheers from crime-weary citizens and business owners. At his store last week, Mr. Drame watched on the dozens of televisions on display as Mr. Augusto spoke about the Harlem shooting. “How are you going to rob an old man like that?” Mr. Drame said in disgust.

He opened his store nine years ago, after stints working as a fishmonger, a parking attendant and a cleaner of vendors’ carts.

“I worked so hard, and they wanted to take what is mine,” Mr. Drame, 35, said of the men who tried to hold him up.

Mr. Drame, who has five children, grabbed the man’s gun and started firing. When it was over, one of the robbers was dead, and another died in the hospital. The other two men fled.

Mr. Drame spent a few weeks in Kings County Hospital Center, then went back to work, installing security cameras that cover every approach to his store. If anything, the shooting gave him new strength, he said: “I didn’t come to America to die.”

Unarmed, he challenged four armed robbers, disarming one, killing two, and taking seven bullets, he nonetheless survived and has no regrets.