Debate At The 1872 Pennsylvania Constitutional Convention

On a motion to amend the Pennsylvania state constitution by adding the word "openly" to the state's equivalent to the federal Second Amendment, so that it would read, “The right of the citizens openly to bear arms in defence of themselves and the State, shall not be questioned..." thus removing the protection of concealed carry:

I understand that among other things that cannot be taken from a man, is the privilege he has to defend his life and to protect himself. Of course he is answerable to the fullest extent for the use of it, and your law against carrying concealed weapons does not interfere with the habit among the dangerous classes. But there are periods in every community, periods of excitement, when it may be necessary for a man to say in his own behalf, “Say what your please and do what you please, but you must not beat or maltreat me,” and with all the inequalities of physical condition that exist, it is the very worst thing in the world to say that if a man of my condition offends a man like Judge Woodward, he is to take a severe beating whenever his enemy chooses to inflict it. I do not believe in it. I believe in the right of self-defence of the weak against the strong, and I do not propose to allow any man to maltreat me at his pleasure, as long as there are any weapons of defence to be had by which I can equalize any strength with his....

From the Volokh Conspiracy.
Posted by Turk Turon at 10:41 AM No comments:

The bills introduced Tuesday would eliminate gun-registration requirements in the city and prevent the mayor and the D.C. Council from adopting laws prohibiting gun ownership.

The legislation was introduced into the Senate by Sens. John McCain, Arizona Republican, and Jon Tester, Montana Democrat. In the House, the bill was sponsored by Reps. Travis Childers, Mississippi Democrat, and Mark Souder, Indiana Republican.

I, For One, Welcome Our New Onanistic Overlords

Question: Are these the same people who will soon be monitoring our salt intake?
Posted by Turk Turon at 6:57 PM No comments:

Sent on the Sprint® Now Network from my BlackBerry®
Posted by Turk Turon at 2:53 PM 2 comments:

According to the article, Appleseed has been growing at an exponential rate over the last four years, tripling each year for four years in a row. In 2006 there were 17 Appleseeds and in 2009 there were 450.

I'll post a link when I get back from work.
Sent on the Sprint® Now Network from my BlackBerry®

UPDATE: Thanks to OldNFO, here's the link.
Posted by Turk Turon at 1:50 PM 4 comments:

Snarkybytes links to this hilarious graphic of an electronic circuit diagram. 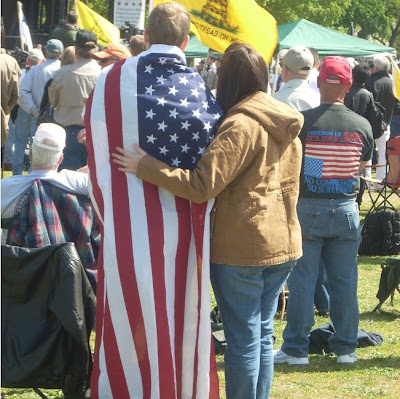 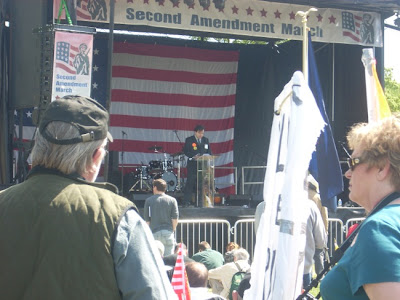 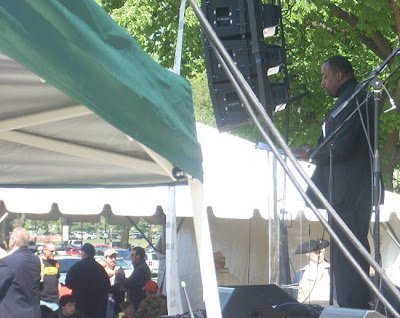 Ken Blanchard is really firing up the crowd: "Ladies and gentlemen, let me introduce myself - I am a black man with a gun, and I am an American!" Huge ovation.
Posted by Turk Turon at 11:04 AM No comments: 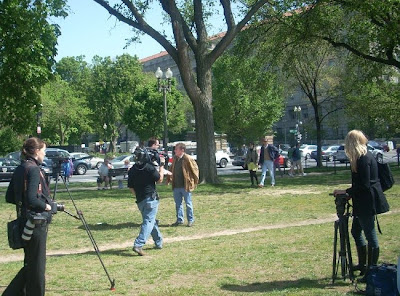 I pointed out Peter Hamm to a camera crew from NRA, and they're interviewing him now. Ha! 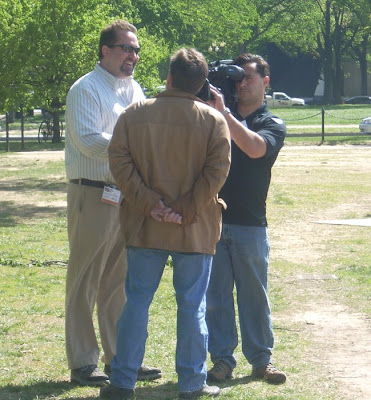 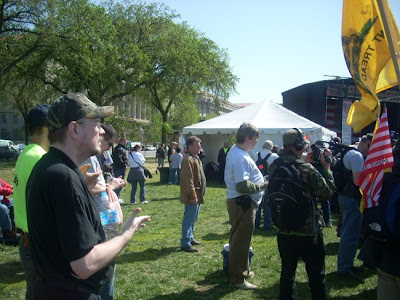 There's a guy from the Brady Campaign mingling at the edge of the crowd. Peter Hamm, I think his name is. 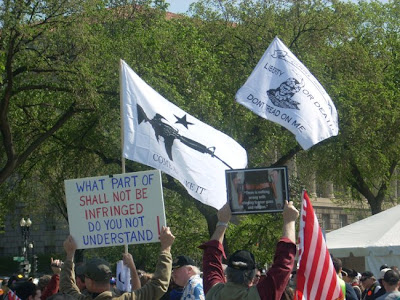 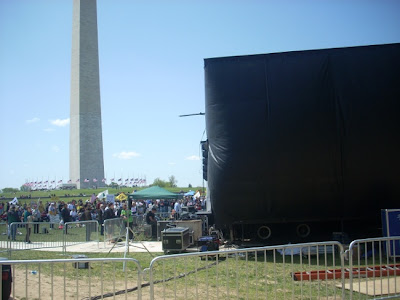 I got here about 10:15. Beautiful day. I guess there are about 1,000 people here now. Charged-up crowd. Lots of Gadsden flags. The NRA booth is doing a brisk business!
Posted by Turk Turon at 10:28 AM No comments:

In New York State, insurance regulations require insurers to cover people with preexisting conditions and expensive healthcare needs at the same rates as healthy people who don't have such conditions. The result has been a very large increase in health insurance premiums for all.

It did not take long for healthy people to realize that they were subsidizing the others. Many healthy people dropped their insurance because, for them, the option of paying for all of their health care costs directly was much less expensive.

The insurance pool shrank as more people with preexisting conditions signed on and more healthy people dropped their coverage. This has led to what health insurance specialists call an Adverse Selection Death Spiral.

An executive for Empire Blue Cross Blue Shield told the NYT that of the approximately 6 million New Yorkers in the 18-to-26 year old group, most of them healthy, only 88 had purchased individual plans from his company.

Preventing a national Adverse Selection Death Spiral is the reasoning behind the ObamaCare "insurance mandate": healthy people must be compelled to purchase insurance, even if it greatly exceeds their annual out-of-pocket costs for remaining uninsured.

The insurance mandate is likely to be challenged in court as soon as it becomes effective. And there is a good chance that it will be found to be unconstitutional. That will leave the rest of the ObamaCare law intact, but with no way to pay for all of it. Even legal gimmicks like "tax credits" are unlikely to close the gap.

It Spins In Mysterious Ways 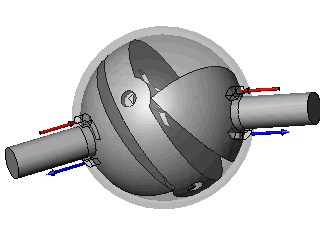 A very cool post on a bygone engine,
from The Retrotechnologist.

And Then There Were Three...

Arizona governor signs "constitutional carry" law. Once it goes into effect (ninety days after the legislature adjourns), law-abiding adults may carry concealed in Arizona without a permit.

Unless you have a permit; in that case you must have your license with you when you carry concealed. 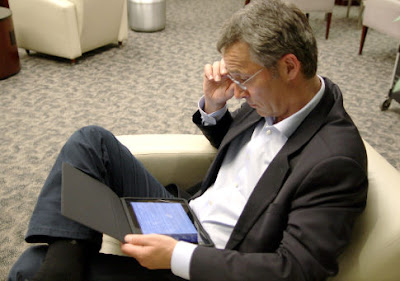 Norway's Prime Minister is stranded in NYC by volcanic ash clouds that have turned large parts of Europe into a no-fly zone.
Posted by Turk Turon at 3:14 PM 1 comment:

D.C. May Be Forced To Scrap All Gun Laws

Snowflakes In Hell has an excellent post on it here.

That's good enough for me! When does it pass?
Posted by Turk Turon at 2:34 PM 5 comments: 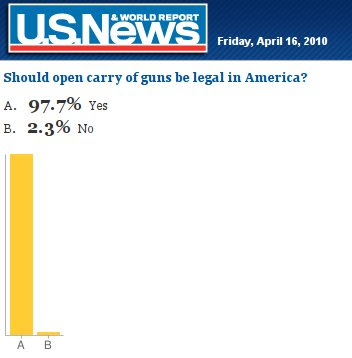 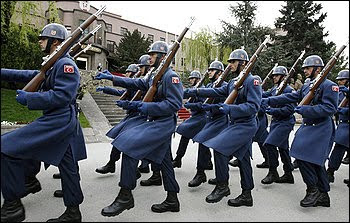 Military parade in Turkey. Anybody have any details on how many they have, and when we're going to get them back?

Roberta X links to some astounding images created by taking the Mandelbrot Set into the third dimension. Such as: Couldn't sleep. Woke at 3:30, then again at 5:00 and had breakfast. The bicycle had developed nasty shifting problems so after the sun came up I disassembled the rear derailer assembly, piece by piece. I cleaned every piece with solvent (acetone) and a toothbrush. Then I gave each piece a light coating of Breakfree and re-assembled. That did it. Works like new.

So I packed a lunch and set off around 10:30. Pedaled for a total of six and a half hours and covered 62 miles, burning over 3500 calories. That's over a pound of weight. The headwind on the trip back was punishing and wore me out.

I am just waaaaay out of shape. I did this same trip back in October without all this stress.
Posted by Turk Turon at 8:06 PM 5 comments:

I spent a couple of days at a house in the country owned by some old and dear friends. They have offered to let me stay there for several months while I attempt to sell my house.
I took a look around and it is really beautiful farm country. 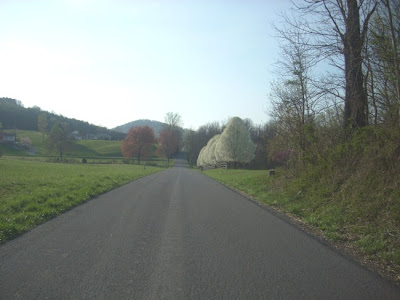 Great to explore on bicycle. One thing that the pictures don't convey is the pervasive smell of manure. Although at one point I was cycling through a mile-long grove of cypress and juniper trees...mmmm....it's gin and tonic season. 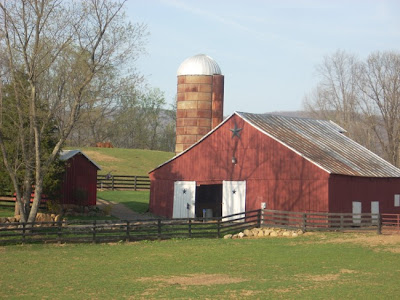 Cellphone coverage is sporadic to non-existent. 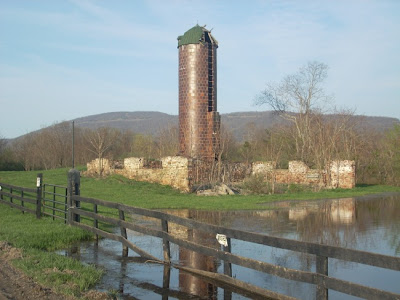 This is just the most magnificent ruin I've ever seen. It's almost absurdly beautiful. Looks like it was built that way by Hollywood set designers. Look carefully at the mountains in the background. See the road-cut that appears just below the peaks? That's Skyline Drive, on the western slope of the mountains. 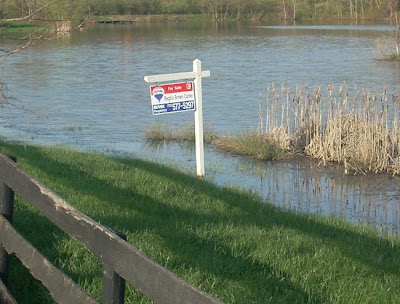 Talk about a property that is "underwater"! 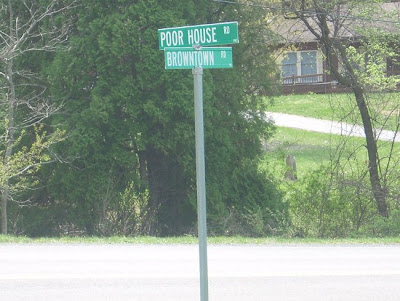 How apropos! Hey, that gives me an idea!
Posted by Turk Turon at 5:36 PM 3 comments:

March 2010 is the first month in 44 years in which there has been not one homicide in Newark, New Jersey.

Probably the Revell vs. Port Authority case had something to do with it.
Posted by Turk Turon at 11:27 PM 3 comments: 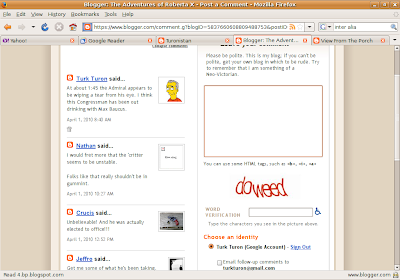 Not-so-subliminal message from the Word Verification Team.
Posted by Turk Turon at 5:27 PM No comments: