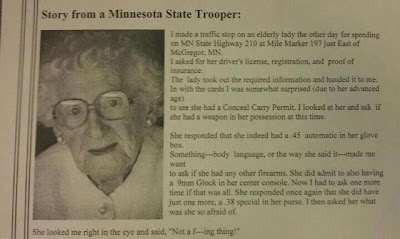 I can't vouch for this but it's funny. It's making the rounds on the Internet, not for the first time, perhaps.
Posted by Turk Turon at 8:20 PM 1 comment:

Miranda Lambert with a pink Stratocaster and a mike stand made from a double-barrel shotgun.

A judge has ordered a Peyton, Colorado woman to furnish the password to decrypt the files on her laptop, the better to prosecute her for what's in them.

The story is in Cnet.

The suspect should negotiate for complete immunity from prosecution for any offense disclosed by decrypting the laptop. The decrypted contents of the laptop could then be used as evidence against others, but not against her (the original suspect).

If prosecutors offer her such a deal, and she refuses, then she can be charged with contempt of court and given a lengthy prison sentence.

But as it stands now, prosecutors want to have their cake and eat it, too: they want the contents of the laptop AND they want to use it as evidence against the suspect.

They can’t have both.

The fifth amendment allows a defendant to just go limp and dare the prosecutor to convict him (her).

Really, people! Have an auto-destruct password ready. C’mon! A fake password that would erase the password file and wipe it out permanently, rendering the laptop inert. A brick.

These defendants are hardly sympathetic; the current one is charged with mortgage fraud. In 2009 and 2010 there were two cases involving child pornography.

But the next victim could be Claire Wolfe, or David Codrea.

As H. L. Mencken said, "The trouble with fighting for human freedom is that one spends most of one's time defending scoundrels. For it is against scoundrels that oppressive laws are first aimed, and oppression must be stopped at the beginning if it is to be stopped at all."
Posted by Turk Turon at 10:52 PM 3 comments:

More Rifles On The Wall 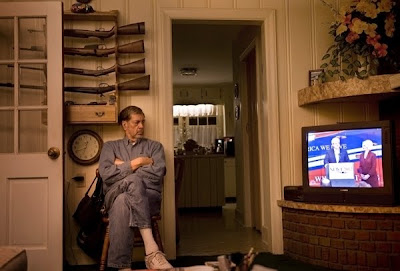 Picture on the front page of the Washington Post yesterday.

Top one's an M1 Carbine. On the bottom is a side-by-side hammer gun.

Can anybody ID the others?
Posted by Turk Turon at 8:05 PM 8 comments:

Rule No. Five: Keep Your Foot Off The Trigger

It's A Rifle With A Tiny Cannon On It

Posted by Turk Turon at 1:01 AM No comments:

What chance do the rest of us have, mere mortal men?

Funny story by Simon Rich.
Posted by Turk Turon at 8:05 PM No comments:

Boing-boing.
Posted by Turk Turon at 9:15 AM No comments:

Gun Control - A Movement Without Followers

From Boing-Boing.
Posted by Turk Turon at 9:08 AM 2 comments: 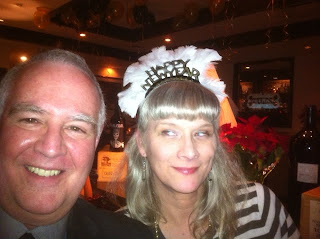 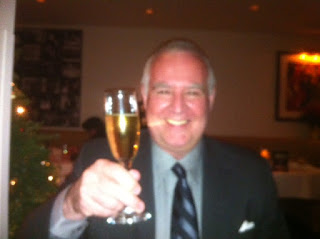