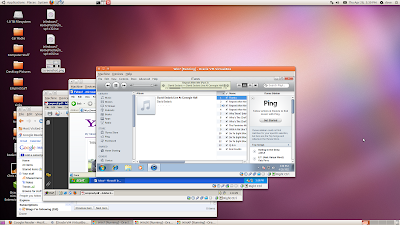 I've been struggling with an old desktop computer for years now. I'm too frugal to buy a Mac, although they are very tempting. So last week I plunked down several hundred dollars on an HP desktop with a 64-bit AMD quad-core processor, 4 gigs of RAM and a terabyte drive. I bought a new copy of Windows 7 and an ebay copy of Windows XP. I already had an OEM (bootable) copy of Windows 2000 Pro. I have some old home movies that I want to edit using Adobe Premiere on Win2K, a legacy scanner that works under WinXP, and I wanted to run iTunes on Windows 7.

So I installed Ubuntu Linux 10.10 as the base OS and repartitioned the disk. Ubuntu is free, but I paid $10 for a set of commercial install disks. Then Oracle's VirtualBox (also free) and then the three windows OSes on top of that. Total time spent was about four hours. 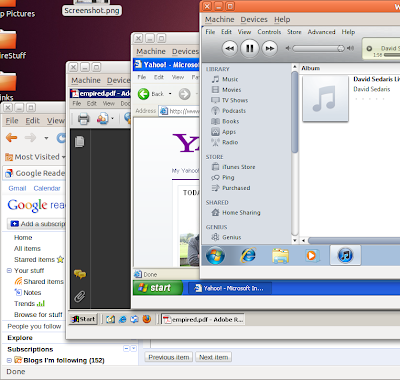 On the bottom is Ubuntu, running Firefox. Next is Win2K running Adobe Acrobat Reader. Next is WindowsXP, running Internet Explorer. And on the top is Windows 7, running iTunes. All running on the same computer at the same time. They can share files, network connections, CDs and DVDs and USB ports. And even cut and paste between applications.

I have no idea how this works.
Posted by Turk Turon at 3:49 PM 5 comments: 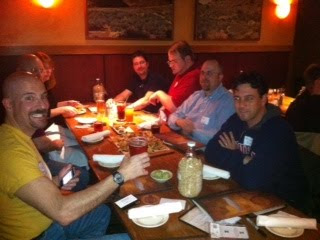 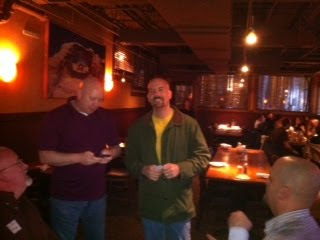 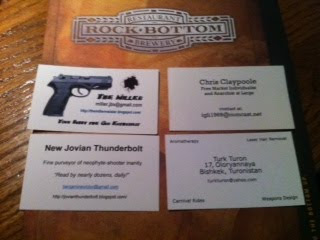 Philip Greenspun proposes that the easiest way to understand the recent $38 billion budget-cut deal is to divide by 100,000,000 and analogize it to a family budget:

We have a family that is spending $38,200 per year. The family’s income is $21,700 per year. The family adds $16,500 in credit card debt every year in order to pay its bills. After a long and difficult debate among family members, keeping in mind that it was not going to be possible to borrow $16,500 every year forever, the parents and children agreed that a $380/year premium cable subscription could be terminated. So now the family will have to borrow only $16,120 per year.

Link via Boing-Boing.
Posted by Turk Turon at 8:15 PM 3 comments: 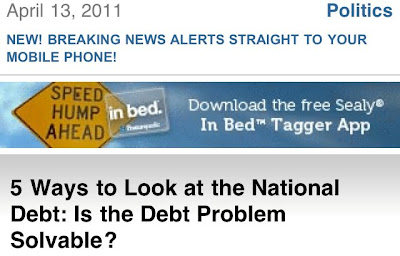 Lorton To Vienna And Back 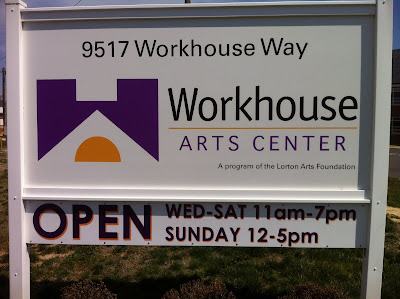 headed for the nearest point on the W&OD Trail (my old stomping grounds). Packed a lunch and set off about 12:30. There was a nice tailwind as I set off, and this was actually of some concern, because I would have to pedal into it on my return trip. But in my experience, winds are very variable and unpredictable, and it was quite possible, even likely, that the wind would reverse by mid-afternoon and I would have a tailwind for the ride home, too. Wouldn't that be nice? 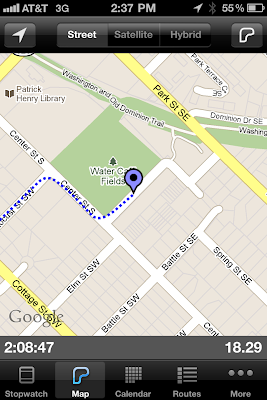 A little more than two hours and eighteen miles later I was closing in on my destination. 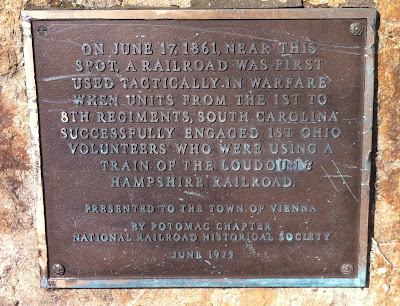 I stopped for lunch near this historical marker on the W&OD Trail in Vienna. 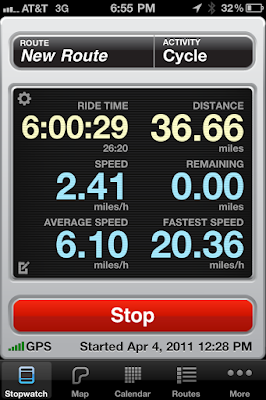 The trip back was difficult. The wind had picked up and was now gusting, and it was a headwind. To me, there's nothing harder than pedaling into a headwind; it's like going uphill for mile after mile, with no downhill sections. I must have walked the last five miles.

The Minty-Boost battery charger worked better this time. I loaded it with four new alkaline AAs. At 4:30 the iPhone reached 20% of capacity so I attached the Minty-Boost and rode on. It charged the iPhone from 20% to 47% in about an hour, even while the Cyclemeter GPS app was running - it's a big power-hog. After an hour on charge, the iPhone beeped to indicate that something was wrong - the charger was depleted - and I ignored it, just to see what would happen. What happened was that the iPhone rebooted itself. So I disconnected the charger. Cyclemeter didn't miss a beat, however - it picked up where it had left off. And at the end of the ride I still had 32% of iPhone battery left.
Posted by Turk Turon at 1:36 PM 3 comments: