Walter Seltzer is dead at the age of 96.

via Neatorama.
Posted by Turk Turon at 1:02 AM 1 comment:

Ernest Hemingway, a drink in one hand and a Thompson in the other.
Posted by Turk Turon at 1:53 PM 2 comments:

There's An App For That


A software defined receiver running on an iPhone 4.
Posted by Turk Turon at 3:21 AM 4 comments: 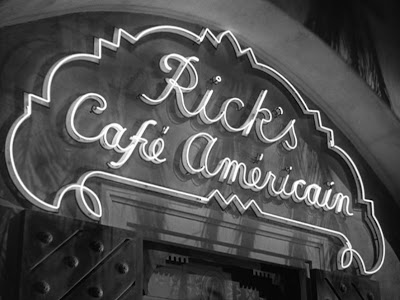 Everybody comes to Rick's.
I saw Casablanca on TCM tonight, for the umpteenth time. I never get tired of it.
Some of the character actors are well-known: Sidney Greenstreet and Peter Lorre, for example. But some of the lesser-known members of the cast are interesting, too. 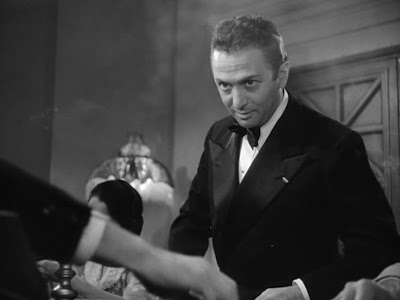 "Your winnings, sir."
Marcel Dalio, who played Emil the croupier, had an interesting life story. A French Jew, he had fled France in 1940 by way of Lisbon, using a forged visa. Reaching Mexico, he somehow qualified for a Canadian passport and reached Hollywood. He had already appeared in several French films now considered classics, like Rules Of The Game and Grand Illusion. And he went on to have a very successful career after the war, on both sides of the Atlantic. 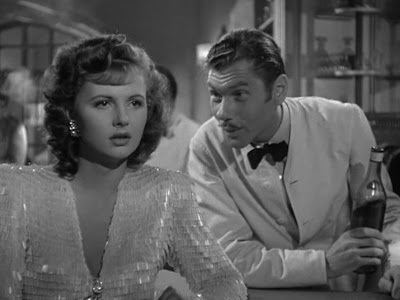 "Yvonne, I love you, but he pays me!"
Dalio married actress Madeleine Lebeau ("Yvonne") when he was 40 and she was 17. She was 19 when she appeared in Casablanca. 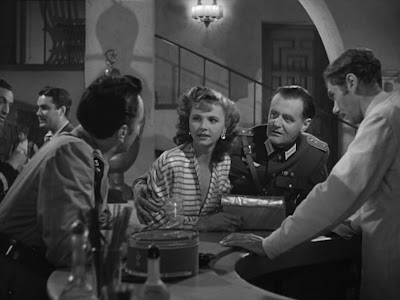 This scene was shot on June 22, 1942. Dalio had her served with divorce papers that same day. Lebeau had just turned 19 about a week earlier. 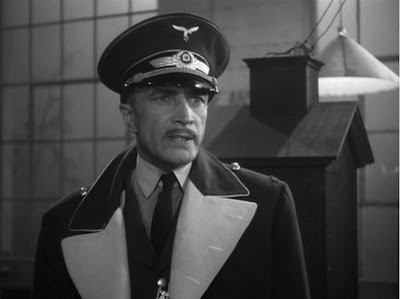 Conrad Veidt played the evil Major Strasser. Born in Germany, Veidt also fled the Nazis and became a British citizen. Although he himself was not Jewish, his first wife was. He died in April 1943 while playing golf. 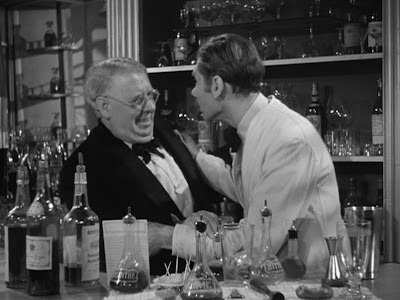 Two other character actors were S.Z. Sakall and Leonid Kinskey. Look closely; do you see the bottle of Absinthe on the bar? 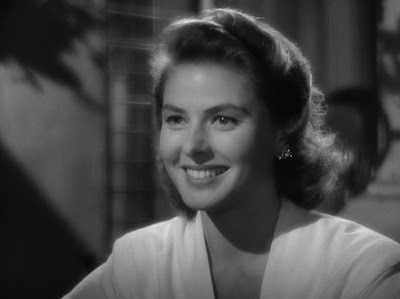 And of course the luminous Ingrid Bergman. 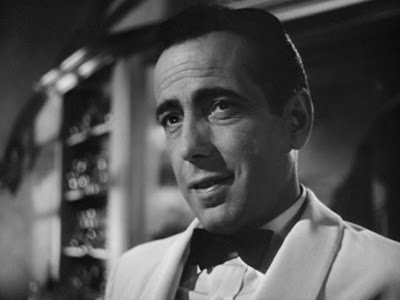 "Here's looking at you, kid!"
The last surviving cast member is Madeleine Lebeau; she was born in 1923.
Posted by Turk Turon at 1:26 AM 6 comments: 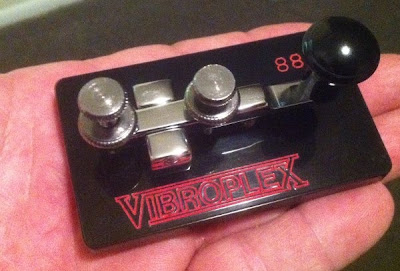 This is the first Vibroplex I have ever owned! Isn't it beautiful? So now I have to figure out where my ham rig is...
Posted by Turk Turon at 9:13 PM 6 comments:

I spent three hours at the Dulles gun show this afternoon. It was jammed. I was looking for (maybe) a Sauer 38H and (maybe) a Remington M32 shotgun.

I found three or four Sauers from $400 to $850. The latter had an original holster. But I just couldn't part with the money. There was an original LeMat revolver, some nice Webleys and Nagants, a couple of Astra "squirt-gun" pistols, LOTS of Garands, Lugers, Mausers, P-38s, Nambus and Hi-Powers.

I saw some Japanese military rifles complete with their "release" tags from U.S. Army Intelligence, assigning them to the GI who brought them in. Cool!

Lots of ammo, but not much 38-Super, only eight boxes at one big dealer.

Biggest crowds seemed to be around the new handgun dealers.

One of the C&R tables had some hilarious price tags. One, for a Walther PP, said "Thankfully, no swastikas!" and another, for a chrome-plated 1911, said, "But look how shiny it is!"

There was a beautiful Sauer side by side boxlock shotgun with excellent case colors and un-bunged-up screws for under a grand; even had side clips.

My revised C&R with my new address has not arrived so I used that as an excuse for not buying anything. The real story is that my car will need some three-season tires next month.
Posted by Turk Turon at 8:47 PM 1 comment:

In the past thirty years or so, there have been more than two dozen research papers published in American medical journals "linking" guns with a) homicide, b) suicide, or c) injuries. But as even the New York Times recently admitted (amazingly enough!) there has never been any finding of a direct cause-and-effect relationship between gun ownership and elevated risk of homicide, suicide or injury. These medical studies led one critic (was it Dave Kopel?) to ask, "On what basis do the researchers recommend not keeping a gun in the house when they have not documented any increase in mortality or morbidity as a direct result of having done so?"

One of my favorite comparisons is to a (hypothetical) study to determine the causes of obesity. The researchers recruited a thousand voluteers who were overweight to participate in the study. One of the things that the researchers did was to look into the eating habits of the volunteers, and when they did, they found that many of them consumed large amounts of diet soda. Their conclusion? "Consumption of diet soda is a risk factor for obesity."

It's a "reductio ad absurdum" joke, of course. No one, especially a team of Ph.D.'s, would be stupid enough to fall for that.

New research that links diet soda consumption with an increased risk of heart attack and stroke has doctors urging caution about the controversial and preliminary results.

According to a study of more than 2,500 people presented today as a poster at the American Stroke Association International Stroke Conference in Los Angeles, people who drank diet soda daily had a 61 percent increased risk of cardiovascular events compared to those who drank no soda, even when accounting for smoking, physical activity, alcohol consumption and calories consumed per day.

"This study suggests that diet soda is not an optimal substitute for sugar-sweetened beverages, and may be associated with a greater risk of stroke," Hannah Gardener of the University of Miami and her colleagues reported at the conference.

They say that a Bugatti Veyron consumes fuel at such a rate that you can actually see the fuel gauge move.
But the Veyron is like a Toyota Prius compared to the planned world land speed record car "Bloodhound":

Bloodhound's Falcon rocket will be the biggest hybrid (solid fuel propellant, liquid oxidiser) booster ever produced in the UK. Such is its scale, it will need a Formula One engine supplied by the legendary Cosworth group just to pump the oxidiser through the motor.

The Cosworth-Ford engine was the phenomenally successful powerplant that dominated Formula One racing starting in the late 1960's. It was a conventional 3-liter, four-cam, 32-valve V-8 that initially produced about 375-bhp. During its competition years the output was tweaked to 500-bhp.

The annual Knabenschiessen in Zurich is one of the oldest target shooting events dating back to the 17th century. The competition is open to 13-17 year olds.

UPDATE: Is that a select-fire weapon? Can anybody tell?
Posted by Turk Turon at 3:29 PM 2 comments:

At 3:00 I was leaving my car when I heard a deep, loud "boom-boom". Sonic boom, I thought, but don't they usually come in pairs? Then fifteen seconds later, another one.

This Sequel Will Not Stand, Man!

Tara Reid says there is a "Big Lebowski 2" in the works.

I mean, consider the source. Tara Reid? Oh, come on!