I took a day off and headed to the range to fire some .22s. I had a Ruger 22/45 with a Matchdot red-dot sight, a Marlin Papoose and a Kimber model 82 bolt-action rifle.

A couple of years ago I was able to lay in a supply of 22-LR from the CMP: 5,000 rounds of Remington government contract stuff, which has worked very well.

Sighting in the Matchdot scope took a few minutes, then the Papoose with its rudimentary sights. But the Kimber was a bit of a puzzle with a rear sight that just refused to lock down. I was just beginning to dial it in when I reached my 200-round limit for the day. But this is the justification I need for a follow-up visit to get it dialed in properly. 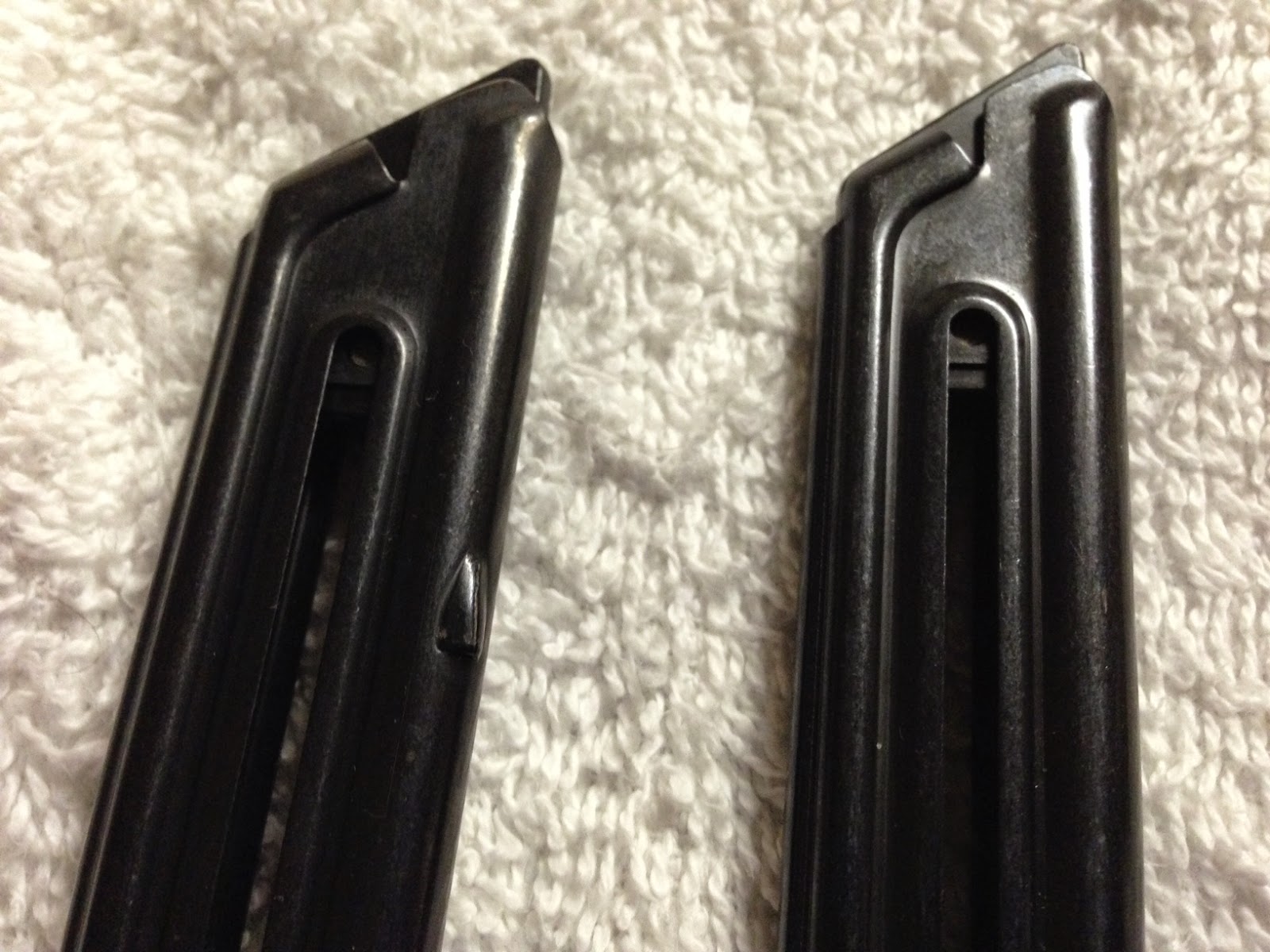 One of the Ruger magazines just would not snap into place. I put the mag aside and when I got home I examined it closely. That's it on the right. The cause is fairly obvious.

Then it was on to the theater where I saw "The Imitation Game" with Cumberbatch and Knightly. A great flick, although I thought it had been slightly "Americanized". For example, one of the characters announces that she arrived late because the bus had a "flat tire". Or "tyre". Either way, I think she meant "puncture". Maybe they filmed it both ways - just for that scene. At another point the term "Top Secret" was used; I think the Brits used the expression "Most Secret".

And now it's time for some therapeutic cleaning of the 22s.