"The Citizen Kane Of Jukebox Musicals" 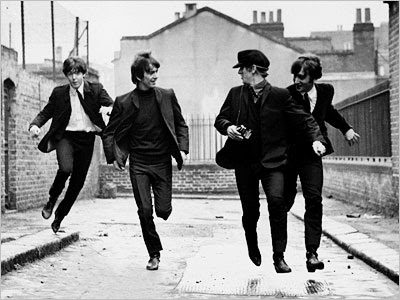 I watched "A Hard Day's Night" on Netflix today. It's still fresh! 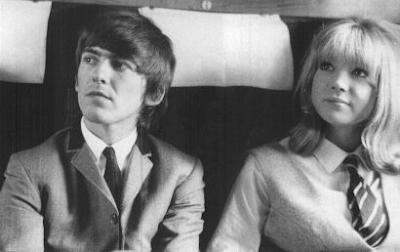 Pattie Boyd (yes, that Pattie Boyd) had an uncredited part as a passenger on the train.

From The Driver's Seat

There's something about big trucks in the rain. I wonder how many foot-pounds of energy a fully-laden rig has?
Posted by Turk Turon at 2:41 PM 4 comments:

So, what was in those 900 pages of heavily-redacted documents that the ATF sent to Congress? 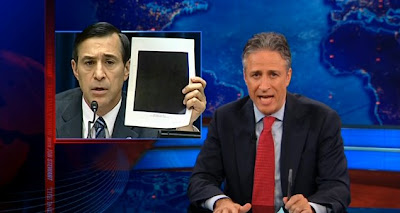 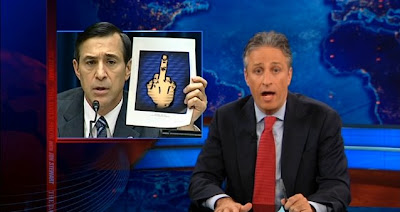 Kicking The Can Down The Road

Like watching a slow-motion train wreck.
Posted by Turk Turon at 2:34 PM No comments:

The Mexican Government Has An FFL

Yeah, a real ATF-issued Federal Firearms License. Is that why "most weapons siezed at crime scenes in Mexico are traced to FFLs"?

(5) Data indicates that the top source dealer for illegal firearms traced in Mexico for 2009 was "Direccion General de Industria Milita" or the Directorate General of Military Industry in Mexico. They provided 120 firearms that were later traced back, likely after a crime. Why does this entity have a U.S. Federal Firearms License? Are sales to this and other foreign entities with U.S. FFL's included in the numbers the ATF provided as being a gun from a "U.S. source"? If so, why?

It could turn out that the two organizations most responsible for trafficking guns to the Mexican narcos are the ATF and the Mexican military.

From Dave Hardy's Of Arms And The Law.
Posted by Turk Turon at 7:26 AM 1 comment:

A Trip To The Range

I took the Garand to the range this afternoon. Here's one of the targets: 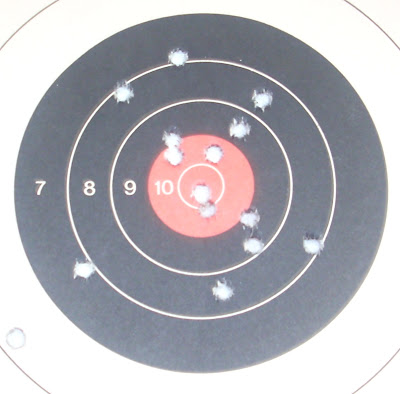 Here's an example of smartness here. The Garand won't reassemble if the hammer is down. What to do? 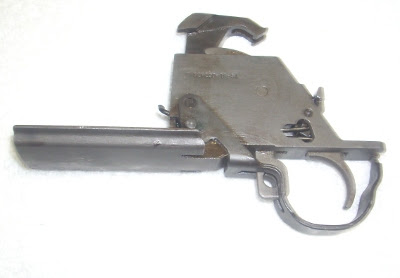 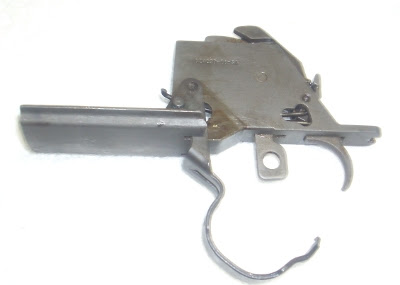 There's a lot of other design cleverness in this trigger group that I'm not competent to describe adequately.
Posted by Turk Turon at 4:35 PM 2 comments:

I'm reading "The Traveller's Tree" by Patrick Leigh Fermor, a reprint of his 1950 account of a voyage through the Caribbean. Staying at the Hotel des Antilles in Guadeloupe, he was besieged by insects, even under mosquito nets, and wrote,

Joan's plan - still, alas! as I write, no more than a plan - of sleeping chained to a chameleon seems to be the only practical way of neutralizing the unceasing siege of the insect world. With this alert little basilisk camped on one's bosom, suitably camouflaged to melt into the slumberwear; prepared, at the faintest buzz in the surrounding ether, to fire half a yard of tongue at the foe, and swallow it without blinking an eye, one might snore the night peacefully through. Not otherwise.

Delightful book, so far, but contemporary readers might be a little put-off by the author's attempts at amateur ethnology. 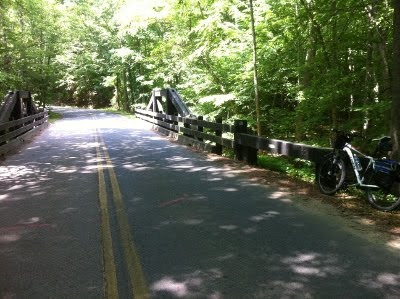 I took an eleven-mile bicycle ride in the Prince William Forest Park this afternoon. It's adjacent to the big Quantico Marine Base. This bridge is over the Quantico Creek. Sometimes, if I'm in a part of the park close to Quantico, I can hear the "pop-pop-pop" of our nation's youth at play. 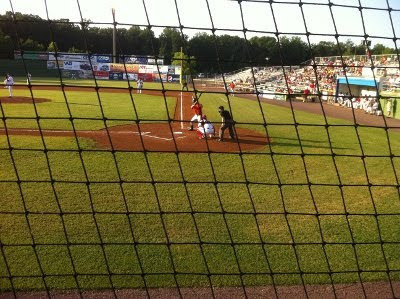 And this evening I took in a minor league baseball game. This seat cost me $12. I had a wonderful view of a bunt in the fifth inning. The ball rolled down the first base line, about a foot to the left of the stripe. The first baseman charged it, but the batter sprinted ahead and passed the ball before the first baseman could reach it. The first baseman picked up the ball and did a wild spinaround to try to tag the batter, but the batter arched his back and the tag missed, by about an inch. The umpire and the manager had a heated discussion about that play, but I think they called it right: safe at first.

Posted by Turk Turon at 9:52 PM No comments:

Why Wasn't I Told?

You might enjoy this article from the Feb/Mar 2010 issue:

Fetch Daddy A Drink: How To Apply Gun-Dog Training Methods To Your Children
by P.J. O'Rourke