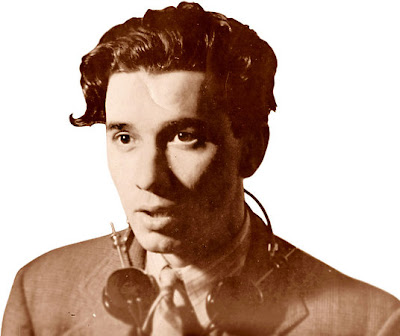 Back in the 1930's and 40's, a young audio engineer (and jazz fan) named William Savory recorded hundreds of live, over-the-air performances by some of the jazz world's leading performers. To overcome the 3-minute limitation of the 78-RPM record, he recorded at 33-1/3 RPM on acetate and sometimes aluminum disks.

His legendary collection consists of nearly one thousand disks, many of them absolutely unique recordings of live performances.

He was secretive about his collection, allowing only a few close friends to listen. When he died, in 2004, his collection found its way into a museum. 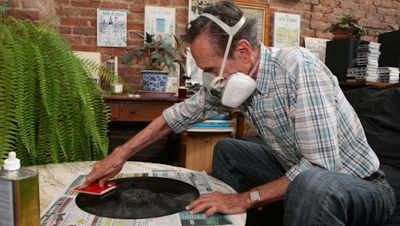 Conserving the Savory Collection
But you'll never be able to hear any of it. Due to our nearly perpetual copyright laws (which Congress has been extending for twenty years, every twenty years or so, in a desperate bid to keep Mickey Mouse from falling into the public domain) the recordings represent such a minefield of copyright claims by performers, composers, arrangers, radio networks, radio stations, music publishers and their heirs, partners, assignees, licensees and holders-in-due-course that nobody will ever be able to untangle them. And if Congress keeps extending the copyright protection of existing works, that will never change.

And the way that U.S. copyright law works, allowing lawsuits for amounts far in excess of the actual damages, the potential claims could be ruinous for anyone foolish enough to attempt to release these recordings.

The Volokh Conspiracy has the legal brief.

[It's interesting that Savory's photo resembles James Stewart. I can imagine him appearing in a mash-up of "It's A Wonderful Life" and "The Conversation" (sure!). Here's how I'd pitch it:

George Bailey and Clarence the Angel have bugged Mr. Potter's office. George takes off the headphones and says, "That miserly old bastard! He had Uncle Billy's money all along! C'mon, Clarence, let's go over to the bank and kill that sumbitch!"

Then the best long-range shooter in the country changed out of her fatigues and headed to Nick's Road House to celebrate, which in this case meant sipping a Guinness with friends as classic rock blared overhead. In civilian clothes, sitting quietly and smiling, she went unnoticed by the bar patrons, an anonymous champion in an at-times misunderstood sport. To her peers, however, she was something else. "Now right there," her coach, Praslick, said from across the room, pointing at Gallagher as she giggled with her sister, "is one bad-ass girl."