Is It A Cockroach? 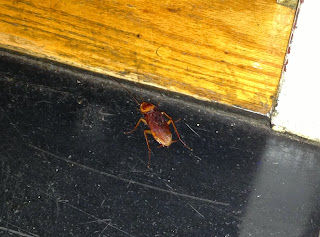 Outside Edit 14 at ABC Washington.
Posted by Turk Turon at 3:58 AM 6 comments:

Bicycling In The Rain

I stopped under a bridge to get this video of the trail. About eight more miles at this point.

Posted by Turk Turon at 9:07 AM No comments:

Badass of the Week: Odette Hallowes 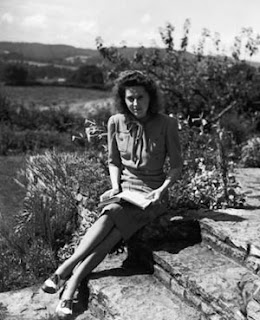 She was born in France in 1912. When World War 2 began she was married to an Englishman and living in Somerset, England with her husband and three young daughters. 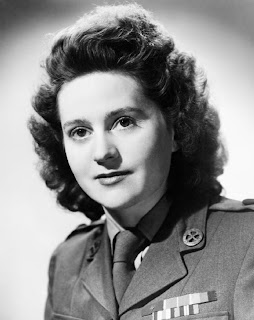 She volunteered for war duty, put her three daughters into a convent school, and was infiltrated into France as part of the "Spindle" network on October 31, 1942.

On April 16, 1943 she was arrested by the Gestapo. Classified records released in 2003 indicate that her toenails were pulled out and she was branded with hot irons.

She refused to talk. 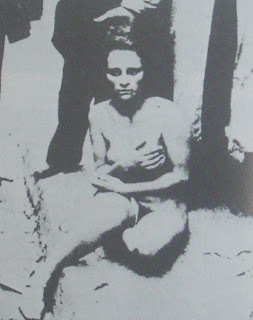 The Gestapo sometimes took pictures of their victims before execution. This unfortunate soul, whose name is lost to history, is probably a Resistance agent.

Odette was sent to Ravensbruck, the women's concentration camp, for execution. She somehow survived the war and was awarded the George Cross. 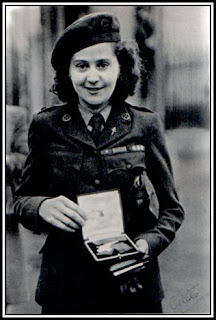 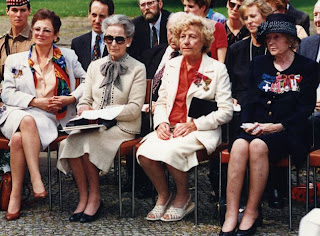 She is on the right. The George Cross is the blue medal.

After her liberation by the American Fifth Army, she later said, "The first night of my release was unforgettable. It was a glorious night, full of stars and very cold.

"The Americans wanted to find me a bed for the night, but I preferred to sit in the car.

"It was so long since I had seen the night sky."

There is more in William Stevenson's book "A Man Called Intrepid".

Release of classified records, in The Telegraph.

Her obituary, in The Independent.
Posted by Turk Turon at 8:39 AM No comments:

This movie didn't get very good reviews but it's one of my favorites.

Directed by Rob Reiner.
Posted by Turk Turon at 6:51 PM No comments:

Posted by Turk Turon at 2:05 PM No comments:

Shooter was New Jersey police officer. He is charged with second-degree murder and manslaughter and is being held on $1 million bond.

Sent from my iPhone
Posted by Turk Turon at 7:05 AM 2 comments: