Last night I dreamed I went to Manderley again. 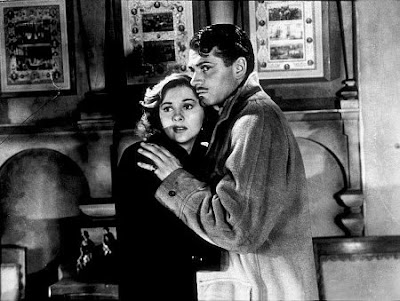 That's one of the most famous opening lines in fiction, along with:
"In the beginning ..."
"It was the best of times, it was the worst of times."
"Call me Ishmael."

The title character, Rebecca, never appears in the movie and in fact she's dead when the movie begins. Her mysterious death drives the plot from beginning to end. It's not a typical Hitchcock movie, either. It's also unusual in that Joan Fontaine's character doesn't have a name; she's called "The Second Mrs. DeWynter" and addressed as "my dear" or "madame". We never hear her first name.

Anyway, it's a classic and an excellent way to spend a cold Sunday evening.
Posted by Turk Turon at 8:31 PM

My friend, I can think of a far better way to spend a chill Winter's evening. But... time, duty, and distance intervene.

Tonight, Chinese green tea and a Tom Clancy novel. Such a life.