Tribute To A Villainess 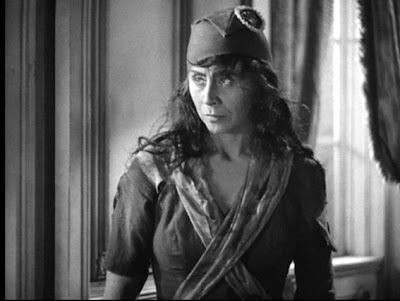 Blanche Yurka was 47 years old when she appeared in her first feature film, "A Tale of Two Cities" in 1935 as the half-mad Madame DeFarge. This is somebody you don't want to meet in a dark alley. 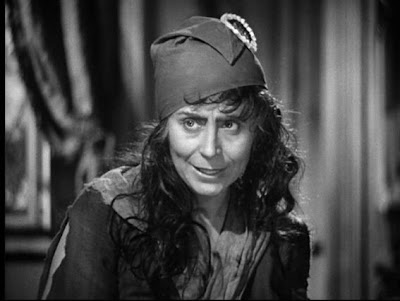 Madame DeFarge is depicted here about to murder a five-year-old child. She is ruthless, obsessed, bloodthirsty, treacherous, sinister and violent. 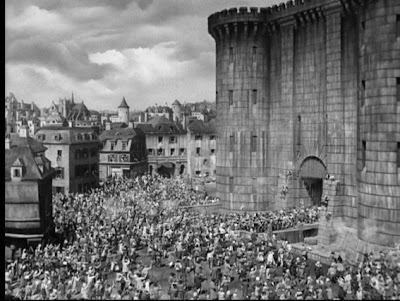 The storming of the Bastille is pretty effective. Resembles Griffith's "Intolerance", in scale, anyway. This is probably a "glass shot": only the base of the set was actually constructed. The rest was painted by an artist onto a large panel of plate glass mounted in front of the camera. The painting could take several days, walking back and forth to the camera to check on the image in the viewfinder. And once complete, the camera could not truck, pan or tilt, since the painting and the background would "separate". Today this is done with animation and computers and the camera can make wild gyrations while maintaining the illusion.

Blanche Yurka never got another plum film role like this one. She died in New York City on June 6, 1974.

But what an unforgettable performance she left behind!

Wow cool post. It takes something special to dare to be a villainess on film.