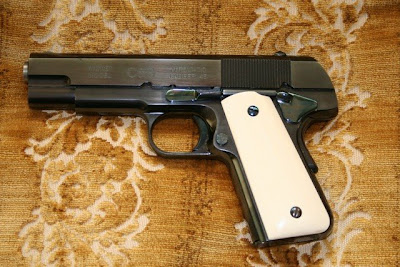 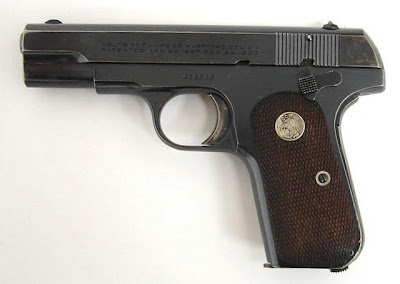 Yeah, you probably spotted it. Something not quite right about that top picture. It's actually a 1903 Colt that was converted to a 1911-pattern by Cylinder And Slide as a master project in gunsmithing a couple of years ago. Here's a link. Pretty amazing, huh? They call it the "Model of 2006."